Home Shop The Test of a Lifetime 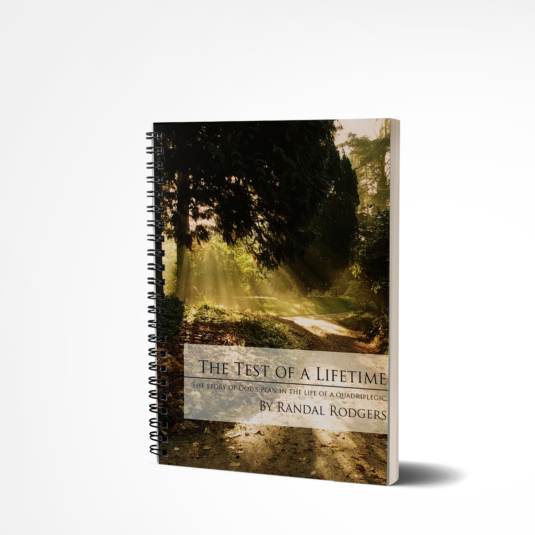 The Test of a Lifetime

Randal and Tina Rodgers had all the dreams of fulfilling the will of God for their lives. They were willing to go anywhere and be anything He chose for their future. On September 1, 1995, that willingness was tested when Randal, as a painter, fell 17 feet from a scaffold. Now he would be a quadriplegic fo rthe rest of his earthly days and Tina would be his caretaker. Since then, they have raised three children, Randal works full time at First Baptist Church of Hammond, Indiana. Tina has stood strongly, yet wearily, with Randal these years. Their life, their attitude, their spirit, their marriage has truly been “The Test of a Lifetime.”